Why This Title Sucks 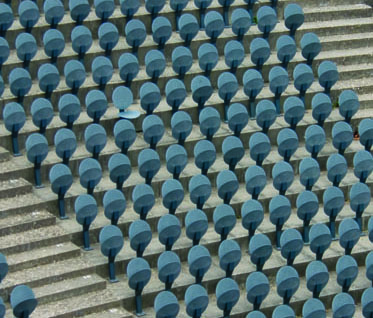 Do you remember the film SHAKESPEARE IN LOVE?

At one point, young William Shakespeare is having a drink with playwriting contemporary and rival Christopher Marlowe. Marlowe asks Shakespeare what he’s working on.

We all grimaced. That title is awful.

This is the sad truth of putting together any sort of communication. Without a good title, people will never read or watch what we created. We could put all sorts of time and energy into making something awesome, but then nobody clicks, watches, or otherwise consumes it.

All because our title sucks. 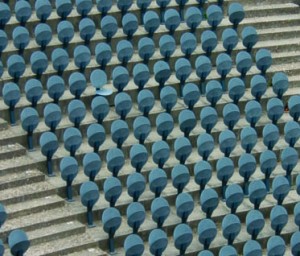 There are a lot of simple things we can do to create a great title. And because this is merely a single post of not too many words, I will provide just one of them.

One of the things we want to do when we create a title for something is to catch someone’s attention. All of the substance and meaning we create through our content can be a product of nuance and deliberation. But nobody will get to that substance if they don’t notice it first. And we notice things that seem out of place. Indeed, if we saw a picture of a whole bunch of seats in an auditorium pushed up and only one has been lowered down, where will our eyes be drawn?

We can create titles that disrupt our expectations in a similar way.

A simple way to disrupt people’s expectations when they’re glancing over our title is to express the opposite of what people think we should be saying about our own content. One time, I created a post that was entitled, “You Probably Don’t Want This Tip.” And what happened? More people clicked on that post than any of the others. If you had written an article on how to avoid traffic, you could title the article “Do This One Thing and You’ll Be a Victim of Traffic Jams Forever.” The article sounds like a how-to article, but the title is instructing you to remain in your source of pain instead of get out of it. And of course, the image accompanying this post states “Why This Title Sucks.” It deprecates itself rather than sell itself.

What crazy person would ever do that to their own content?

The crazy person who doesn’t want to be grimacing next to Christopher Marlowe.

And my being that crazy person has caused you to read this to the end.