What Makes a Talk Poignant and Funny? 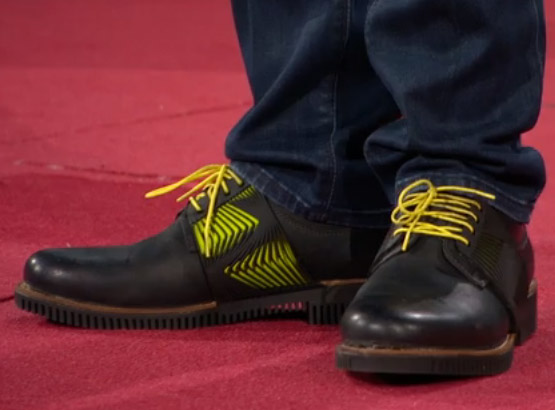 Today I happened upon a new talk on the TED website. This featured a man speaking about the future of 3D printing. Given how 3D printing is one of those things that seems like it belongs in a science fiction movie even though it already exists today—like medical tricorders and Kim Kardashian—I absolutely needed to see it.

The speaker shows off a number of different objects printed by 3D printing technology, including medical devices and even the very shoes he was wearing. But what struck me as most significant about this talk was the fact that exploring the output of the printer provides a built-in platform for creating a necessary quality in an effective talk: concreteness.

Many other subjects might make an appearance on a TED-like stage in which the speaker is addressing something far less concrete than shoes made from a printer. This includes subjects like education, philanthropy, personal growth, and business. A talk on education might address a different attitude about teaching, and a talk on business might offer a different relationship to earning profits. 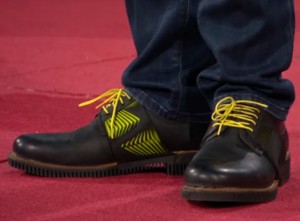 But how do we make these subjects comparably concrete, if they don’t beget our littering a bunch of objects across the stage?

There are many ways that this can happen, but there is one device that has the potential to be particularly useful: including objects not on the stage, but in the words of the talk itself.

The inclusion of tangible objects in the transcript of a talk can help an audience to wrap their mind around the more abstract aspects of an idea. If a teacher has given a talk about a new approach to education, perhaps they tell the story of how a stapler was stolen from their desk during the first week of school. Because of implementing the philosophy spoken about during the talk, the stapler was returned at the end without any sort of investigating. The talk is mostly about the idea, but the disappearance and reappearance of that object creates tangibility in the audience’s mind.

If a person innovating in the world of psychotherapy discusses the value of letting go of old ideas, perhaps they correlate their encountering of a real-life therapist’s couch to the antiquated notions they seek to challenge through the talk itself. The audience has an opportunity to relate to the idea of changing methods in psychotherapy when they picture an actual couch that the speaker encountered at some point in their life.

We can even make a real-life example of another talk that recently appeared on the TED site, namely one done by storyteller Mac Barnett. He speaks of how the act of storytelling can be used to inspire others, and one of his own stories culminates in his purchasing of a cantaloupe to trick a naughty camper into considering how she threw a fruit salad into a patch of ivy. He could have just talked about storytelling in the abstract. But because his narrative featured a physical object, he created something more concrete in the audience’s mind. It’s not a coincidence that the story of the cantaloupe earned Mac his biggest laugh by far.

Whether hypothetical or real, each of these devices has the potential to ground the audience in a concrete reality—even if the speaker is all by themselves on stage with nothing more tangible than the device they use to move along their PowerPoint presentation.

Not all subjects naturally lend themselves to the presence of physical objects, but a talk can be concrete to the point that such objects aren’t even necessary.

Click here to watch a free video on the key ingredient to your speech that can captivate your audience without physical objects.