What DIE HARD Can Teach Us About Content Strategy 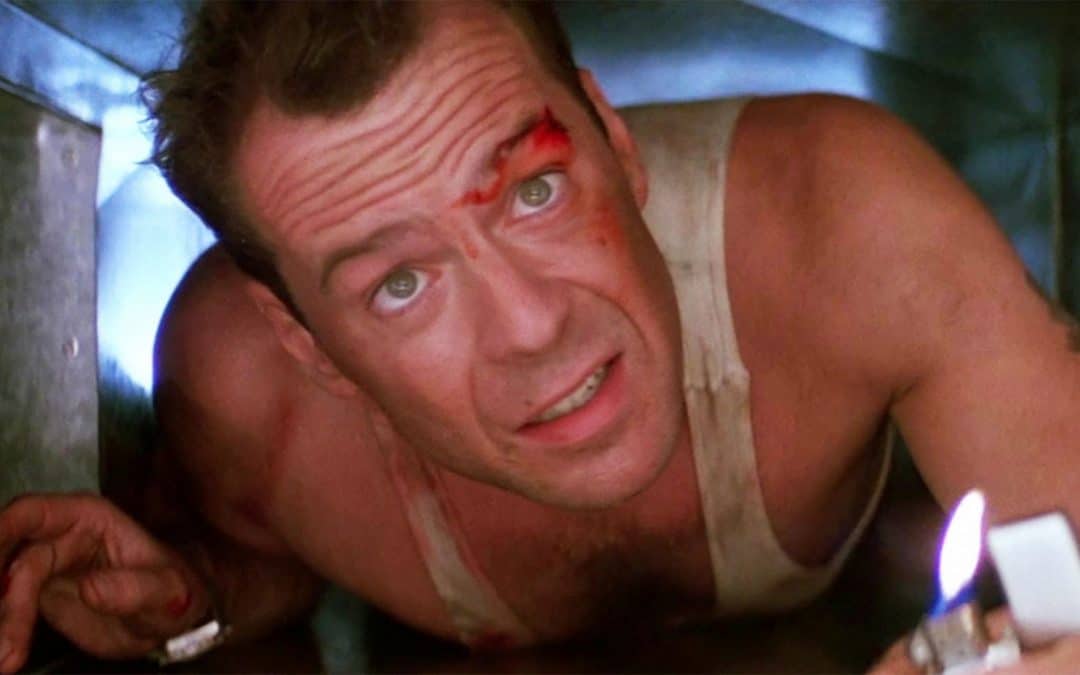 The early 90’s gave birth to a whole string of movies in which one lone hero was accidentally thrust into an action-packed series of attempts to save innocent bystanders from a terrorist scheme. This trend was, of course, the result of the popularity of the film Die Hard starring Bruce Willis. These various films were even colloquially billed as Die-Hard-on-a-Plane, Die-Hard-on-a-Boat, Die-Hard-on-a-Bus, and Die-Hard-in-a-variety-of-other-locations-and-settings-guaranteed-to-be-box-office-magic.

In each of these movies, the character has a specific goal—to stop the terrorists—and then has to go through a comparably specific series of actions to achieve that goal. The terrorists take their own assault weapon yielding, explosive setting actions as well. But if the terrorists took over the building/plane/ship/bus and everyone just sort of hung out for 90 minutes not caring either way about the outcome, then not only would the characters take very little action, but the movies would be absolutely awful. Because stories in movies and books like these feature characters that take decisive, important actions to accomplish their goals, the stories themselves are far more digestible than nuanced films that are shown at art houses and lengthy stream-of-conscious novels that take place over the course of a few hours of a day. 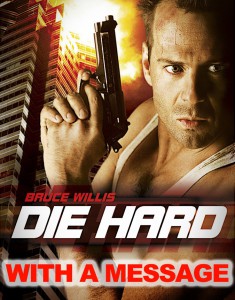 While those artier stories have a definite audience and a definite value, they’re usually not the top scores at the box office. And they rarely get the $150 million marketing budget that defines the release of a summer blockbuster.

Our goal with expressing our message effectively is to ensure the impact of our vision and give ourselves the opportunity to make that impact as far-reaching as we want. But is our message likely to resonate more when it rambles on, is difficult to follow, and seems halting and awkward, or when it flows as freely and smoothly as a popcorn flick? Is our goal to make people re-frame how they relate to the nuances of particularly cerebral thought processes, or to compel them to act? We can ensure that our audience stays with us and invests in our message when we make the content we present to them as digestible as possible.

Of course, a number of factors can contribute to the digestibility of our message. A lot of it depends on the success with which we’ve engaged our audience using compelling stories, provocative questions, and other devices engineered to get our audience’s attention. But we could engage someone with a reference to Die Hard and then wholly and completely disengage them immediately after. What might have started out as an accessible body of content could dissolve into incomprehensible drivel. How do we ensure that the content we use to express our message is digestible? Much like the hero of an action film must take a decisive series of actions to ensure their movie keeps its audience rapt, we must assign a decisive verb to each aspect of the content we create in support of our message.

Whenever we craft an expression of our message through some sort of content, we are simply providing our audience with a response to the questions of why, what, who, where, and how. But because expressing our message by its very nature is an action, everything we do to address those questions is an action as well. Any given content (a speech, an article, a workshop, etc.) serves a basic purpose, whether it’s to provoke its audience or instruct them on how to do something. But the framework of each of those instances of content can be broken down into a series of actions as well. This article as a whole might have the essential purpose of instructing you on making content digestible. But this section in and of itself serves a purpose separate and distinct from the section that preceded it. The three sections we’ve so far explored in this article might be described as follows:

Each of these bullet points, as you can see, is framed as an action: engage, establish, demonstrate. In writing this content that you’re reading now, I actually prefaced the writing of it with an outline defined by those and many other actions. Further to that point, I fleshed out this and every other paragraph as well:

Each of the three bullet points of a, b, and c account for a component of this paragraph. And because each component stands as its own action, it serves a purpose that is distinct from the content that surrounds it. Each of these components earns its own bullet point, and each bullet point starts with a verb.

When we change up our purpose from one action to another, such as exploring an idea in the abstract but then demonstrating an example immediately after, we’ve moved our audience forward much like a film portrays the hero as trying something new to defeat the terrorist. This assigns a purpose to everything we say or write.