What a Baking Contest Taught Me About Finding Customers 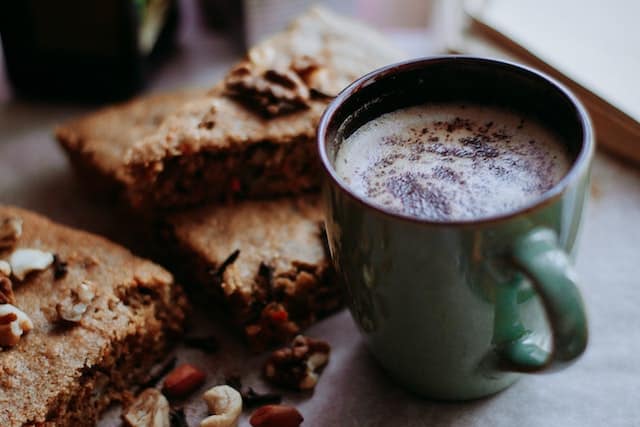 In an earlier stage of my career, I worked as an entry-level editor at the publishing company Penguin before it merged with Random House.

I found myself really into baking at the time, bringing in things for my co-workers to eat even if there wasn’t a festive holiday in sight. Not only that, but for my first holiday at the company it was editorial’s turn to judge so I had to wait over a year to bake myself.

As such, I really wanted it to go well. However, I was also getting more and more into naturally sweet foods, and wanted to see if I could bake something that relied entirely or almost entirely on fruit instead of cane sugar.

I decided to make a recipe I found for persimmon date bars.

This would be perfect. It would be sweet, exotic, and tasty, but the only refined sugar would be in the lemon icing. This was, after all, before I knew what sweeteners like stevia and erythritol were.

On the day of the contest, I set up a tray decked out in red and green colors to capture the festive optimism I felt in regards to how this treat would be received. I placed a small sign next to the tray that read “persimmon date bars.”

Nobody went near them.

Not even the people who were supposed to try them as judges.

Needless to say, I didn’t win the contest.

The next morning, I was answering a few emails when my boss’s wife called his line. I was his assistant alongside being an entry-level editor, so I took the call.

“Neil, is it true you made something with figs?” she asked.

“Oh,” I said, embarrassed. “They were dates. I made persimmon date bars.”

“Huh,” she said, clearly holding back other words. “Alright then.”

But she didn’t need to say anything more than that for me to understand. My boss must have expressed distaste to her for what I made, and she seemed like she had a similar response. With other people baking cakes and individual apple pies, folks didn’t go near my naturally sweetened creation because they thought it was gross.

About a half hour later, someone took all of the leftovers from the contest and laid them out on a table for anyone to take. Their signs had been placed next to their corresponding pies, cakes, and brownies as well.

I made a new sign for my woebegone dessert. This time, rather than call them “Persimmon Date Bars” I labeled them as “Holiday Wonder Bars.”

When I walked by the table about twenty minutes later, people seemed to have made a bit of a dent in the various pies, cakes, and brownies even though it was still the middle of the morning.

But the Holiday Wonder Bars?

They were entirely gone.

My boss had even tried one and declared how good he thought it was.

I just nodded. I had known how good they were. But no one else had.

Getting People to Pay Attention

You know the gigabytes used as storage space on your phone or your laptop’s hard drive? A zettabyte is a trillion of those. Back in 2005 when the baking contest happened, there was about .1 zettabyte of information being created in the world. According to the International Data Corporation’s Global DataSphere study, as of 2020 there was something more like 64.2 zettabytes – or 642 times the amount of information. And estimates on 2021 are even higher.

My point? The world with its nearly 8 billion people has become a busy place. There’s a lot of content out there. And whether people take notice of our products and services is ultimately as simple as whether people prefer a Holiday Wonder Bar over a Persimmon Date Bar.

With so much happening and so much hardship throughout the pandemic, it’s become harder and harder to get people to pay attention to our brand. It’s easier than ever to glance past something on our social media feed or even in real life because so many people are trying to get us to notice them all the time.

However, this becomes a real issue when we’ve spent a great deal of time and energy developing a product, service, or a piece of content that does a really good job solving a problem that – if they only understood its true nature – people would really care about.

When I made that dessert, I was convinced that people would be excited to eat it because it was important to me that it be sweetened by fruit.

But no one else cared about that on the morning of the contest. They just wanted something delicious and even naughty to eat.

A brand is defined by its impact.

We see this disconnect happen in many aspects of commerce, including when a company sending out an email labels their email as a newsletter in their subject line, such as “February 2022 Newsletter” or “This Week’s Newsletter.”

It happens when a company’s “About Us” video starts with the product the company has built rather than a problem that the ideal customer cares about solving.

And it happens when people write all about their features in their sales copy (“We’ll provide 3 weeks of top-quality training!”) instead of the benefits of those features (“In 3 weeks you will have a side hustle that adds $5,000/month to your income.”).

Understanding This Lesson for Real

That baking contest may have taken place a long time ago, but relatively recently I still struggled to attract others to my work. In the mid-2010’s I met with a friend of mine and his boss to help them craft a message that would empower them to grow their company. But his boss wasn’t interested – growing their company was too vague of a promise.

But a couple of years later I realized that a key place to apply a deliberately crafted message was in a talk given by a public speaker. While my signature process was the same, the packaging had changed. I built marketing materials around captivating audiences and no longer feeling like a fraud when being watched by all of those pairs of eyes.

Suddenly, everything changed. Almost overnight. There were indeed many people planning to speak publicly in the near future, and because I had built my content around how they would gain from engaging with it they were immediately interested.

I had built my brand not around what I had spent many years developing – the messaging strategy itself – but around the impact it had on others. I made it about the pain they were in and I showed them a world in which they would be free of that pain.

A brand is defined by its impact. And you will find customers not when you package your offer in a way that reflects your enthusiasm for it but rather inspires enthusiasm in them.