This is not LITERALLY my first blog entry… 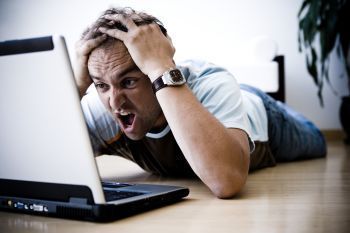 I recently read an article on Cracked.com.  While I usually associate the cutting brilliance of this site’s posts with something eye opening about Disney, something disturbing about Disney, or something racist about Disney, this time I was surprised to read something that—while hilarious and awesome—was also rather educational about communication.  This article touted “7 Commonly Corrected Grammar Errors (That Aren’t Mistakes),” and in its execution explained how it’s acceptable to split infinitives, why it’s alright to describe one person of an unknown gender as “they” instead of “he or she,” and that it’s correct to describe a check-out lane as being for customers with “10 items or less.”  I don’t like using “he or she,” so I was pleased for the article validated my own ideals. 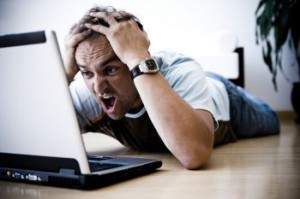 When the article’s author said that it’s okay to use the word “literally” for emphasis, however, I had to emphatically disagree.

According to him, many of us used the word “literally” for emphasis (He is literally the creepiest dude in the universe), and have been doing so for many years.  He then describes how this language is technically incorrect, for the massive nature of the universe makes a comprehensive survey of its creepiness impossible.  And yet, while he also concedes that this is a weak, clichéd way to express emphasis, it is an acceptable device because it has been used in this way for centuries.

We as a culture love to rely on colloquial language to express ourselves.  Well if that’s not the pot calling the kettle black.  We just killed two birds with one stone.  It’s raining cats and dogs outside.  These expressions, by their idiomatic nature, are not intended to be taken at the face value of the words of which they consist.  No, there are no pots nor kettles anywhere to be seen.  And yet, every once in a while, we encounter a situation that captures the surface meaning of an expression that otherwise is used idiomatically: Dude, you shouldn’t have thrown that rock at that tree—there were two baby birds in that nest and now they’re dead!  The word “literally” serves us as a way to observe how a real-life situation reflects an expression we all know and have heard many times before: Dude, you just literally killed two birds with one stone.

“I just went to the doctor to get my teeth cleaned.”

“I just went to the doctor to get my teeth cleaned.”

“I don’t understand.  What kind of doctor cleans your teeth?”

“What do you mean?  The same kind that you go to.  You know, they stick a suction straw thing in your mouth, they put a screechy needle thing in your teeth, and you spit into a sink.”

“Do you mean you went to see a dentist?”

“Well there’s no need to talk in italics like that.  Or to use so many exclamation points.”

“Or to use more than one question mark.”

You get the idea.  If we suddenly started calling dentists “doctors,” then we’d be using a lot more italics and exclamation points in our conversations in response.  Similarly, to use the word “literally” for citing a situation for emphasis rather than a more inherently emphatic word like “really,” “totally,” or “easily” is to use a word that means something completely different.  Whenever I hear someone say that it’s “literally raining cats and dogs outside,” I feel like using a few of my own extra exclamation points in response.  The only way for it to be literally raining cats and dogs on them would be for someone to start throwing the animals onto them from above.

And actually, that’s not a half bad idea.