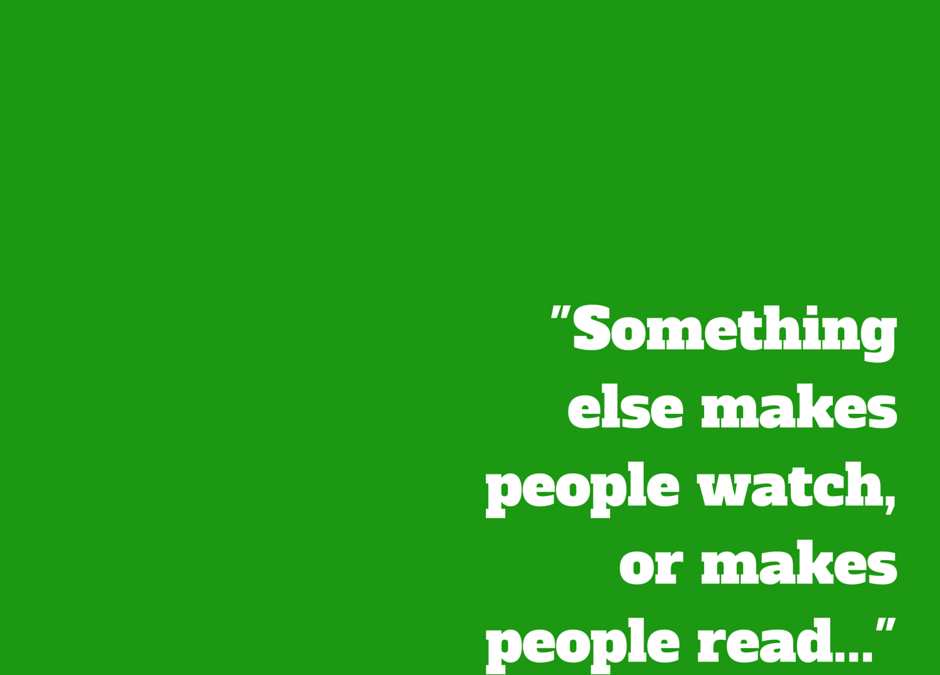 Does the fact that we are constantly inundated with media mean that no one has the attention span for a message of substance?

Do we have to keep our articles super short, to only 300 or 400 words? Do we have to make the concepts we explore so simple that even a fourth grader could understand it? Do we have to treat people as if they’re the least interested, least capable version of themselves?

In response to this question, I’d like to take you back to a book signing I went to in 2009.

This was at a Barnes & Noble in New York City—perhaps the busiest city in the country. A city in which people’s attention is pulled in every which direction.

The book signing was absolutely packed. 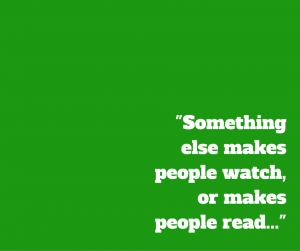 The signing was for a book called The Element, which was authored by famed TED speaker Sir Ken Robinson. After Sir Ken gave his talk on schools killing creativity, he went on to get millions and millions of views. Today, his talk stands as the most popular talk of all time.

But, if we look at the transcript of his talk, we can easily see that it wasn’t only 300 words worth of content. In fact, most TED talks are well above that number, like in the thousands of words. And these various talks have certainly received a lot of attention—TED talks received their billionth view all the way back in 2012.

That is, if the content gives them a reason to actually pay attention in the first place.

The question then becomes, what is it about talks like Sir Ken’s talk that compels people to watch to the end and then show up in droves to buy his book at a Barnes & Noble?

We can provide any number of different answers to this question—Sir Ken was funny, while other people are not. Sir Ken talked about something people care about, while other people do not. People think that a subject, or a quality, or something else is the reason why content is compelling.

But this isn’t true.

Of course, it’s better for a talk to be funny if the speaker intends to actually be funny, but someone could be the most non-funny person in the world and still have their audience riveted.

If someone is obsessed with all things related to education, then of course they might be more naturally drawn to a talk that focuses on education. But one of my favorite TED talks is a story about foie gras, and I have absolutely no interest in foie gras at all.

Something else is at play here.

And that something else, quite simply, is that the creators of this fabulously successful content aren’t just providing information. They’re providing the recipe for that information.

The reason why someone is drawn to information is not because they want information. They want to solve a problem that that information just happens to help them to solve. 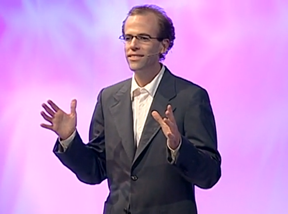 We can look at that foie gras talk as an example. This talk was given by a man named Dan Barber, and as of this writing it has over a million views. He describes how a farmer finds such an agreeable environment for the geese he raises for his foie gras that the geese actually beckon to other geese as a place for them to enjoy a good life. Plus, it’s the best foie gras he’s ever had. And then, at the end of the talk, Barber responds to the mega-farms, feed lots, and chemical amendments that mass produce products like foie gras by offering a different recipe for success as based on this phenomenon with the geese. He states that the most ecological choice for food is not only the most ethical choice for food, but it is the most delicious choice as well.

Does that have to necessarily relate to foie gras?

Or could it be related to any sort of food at all?

What Barber offers us in this talk is not just a way of relating to the creation and consuming of geese livers. He offers us a way to relate to all food, always. Favor ecology, and you’ll favor your eating experience.

Click here to watch a free video on the key ingredient needed in your speech to empower your audience in making change in their lives.