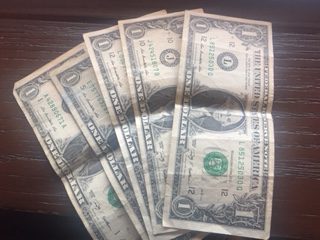 Back in my Penguin days, my former boss made all of us a deal. If someone came up with an amazing title for a book we were meant to publish, he would give them five dollars.

But here’s the funny thing. It was the most coveted prize any of us could ever dream of getting – as valued as a 401(k) matching program and even more valued than a dental plan.

And yet, despite how much each of us wanted to get that five dollars, there was an almost infinitesimally small chance of us winning that money.

Why? Why was my boss so hard to please?

And why are so many titles so awful?

My former boss was the president and publisher of the division for which I used to work, and at one point he gave me the job to be the primary editor of a fitness book authored by a celebrity trainer. But the problem was that the fitness book as it had originally been conceived by the author’s co-writer didn’t have a good title. It included an invented word for transforming one’s life and otherwise was fairly generic. 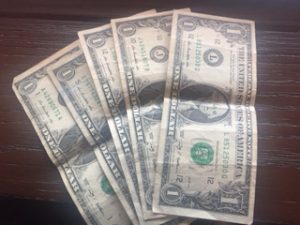 “A good title for a fitness book,” my boss said one day, “needs to have a promise.”

In other words, if the title didn’t convey a specific thing that the reader would get out of the experience of consuming the book’s information, they were far less likely to be attracted to it. It needed to promise them something they already cared about.

This made sense, for the most successful fitness books likewise conveyed a promise. Bill Phillips’ Body for Life conveyed the promise of having a great body for, you know, life. Bigger, Leaner, Stronger by Michael Matthews promises three qualities that fitness enthusiasts want to be. And though The New Rules of Lifting for Women by Lou Schuler might not be too heavy on promises, its subtitle, “Lift Like a Man, Look Like a Goddess” certainly does.

The thing is, great titles aren’t just reserved for fitness books, and a great title isn’t even limited to making promises. There’s something at work of greater significance here, something that pervades not only all fitness book titles, and not even all non-fiction book titles, but all titles everywhere.

They’ve all gained a person’s attention. 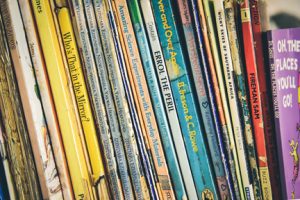 In the film Shakespeare in Love, when someone said a title that someone else liked, the other person said, “good title.” Those moments were screenwriter Tom Stoppard’s equivalent of my boss giving someone on the editorial staff five dollars. These reactions are the result of someone paying attention, for a compelling title commands such attention instantaneously. But what is it that makes this happen?

What the title with a promise does is convey a possibility in the reader’s mind. They don’t have a great body, but if they buy a book they could then have a body for life. This disparity between the reader’s current reality and a future, possible reality is defined by a sense of yearning. They want their life to be one way but that reality hasn’t yet taken place.

In other words, they experience tension.

In other other words, tension begets a-ttention.

The reason why we can house all types of non-fiction titles with all types of fiction titles is that, no matter the category of content, your job as author is to create tension in the browser’s mind so that they then have to resolve that tension as quickly as possible. This tension can show up in many ways, and does through the best titles out there:

• A promise: The tension between the reader’s current reality and one for which they yearn (Body for Life, The 4-Hour Work Week, You Can Heal Your Life)
• Curiosity: Uncertainty about the significance of a title’s contents creates a gap that must be filled (Who Moved My Cheese?, The Da Vinci Code, The Hunger Games)
• Scarcity: The lack of explanation in a (typically concise) title creates a drive for more (Jaws, Lolita, 1984)
• Shock: The unabashed severity of a title forces the browser out of complacency (Skinny Bitch, You Suck, Go the F**k to Sleep)

And there are, of course, many more examples of how a title can create tension. But the ultimate point here is that if a title doesn’t convey a promise, or arouse curiosity, or somehow disrupt the book browser’s experience in some way, it’s unlikely to be an asset to you in how you position your book – or anything else that requires a title, for that matter.

And maybe you’ll even get five dollars to boot.

If you’re feeling confident in your title and are deciding whether to pursue a traditional publishing deal or to self-publish, check out my cheat sheet here.