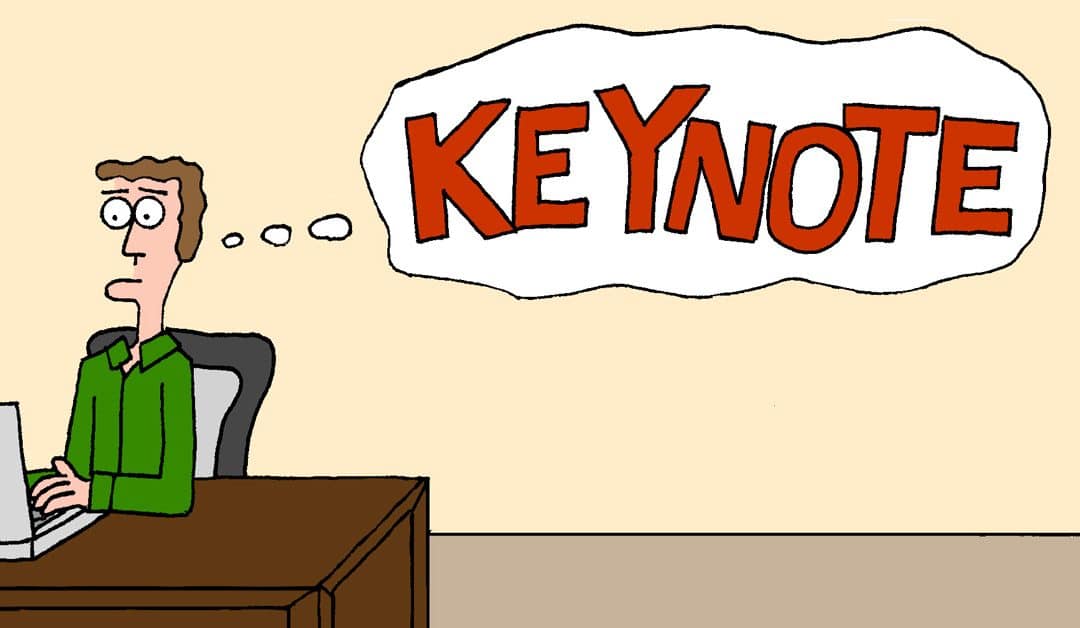 If you have a keynote speech, TEDx talk, or another kind of public speaking gig coming up, you may be struggling with how to write a speech for when you’re up on that stage.

What is the sort of content that is going to really impact your audience? And while your work isn’t just about making money, what can you say that will inspire your audience to buy from you? How can you write a truly persuasive speech?

It may surprise you to know that most speakers make several key mistakes when presenting. As a result, their audiences disengage and spend much of their time looking at their phones. They certainly don’t come up to the speaker at the end to learn more.

And yet, when my clients come to me, we not only reverse these mistakes but they then go on to earn higher fees, convert many more people to their products and programs, and get floods of other requests. Below are five of the mistakes that they and other speakers have made and the simple tweaks you can make to correct them.

Mistake #1: They begin with politeness. 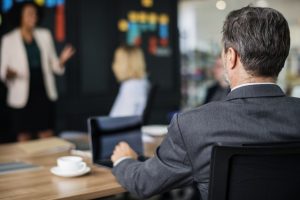 My client Kellie used to begin her speeches by visiting with the audience as the first thing she said. She’d ask everyone how they were doing. She would say how great the person who just introduced her was. She would ingratiate herself with the audience.

The problem here is that the opening of a speech is perhaps the point of highest tension in the whole presentation. It’s like the moment before a starting gun goes off in a race, when anything can happen. Speakers who are polite to the audience at the beginning squander this tension. They smooth things out.

Audiences, however, are most likely to pay attention to a speaker when they’re emotionally invested in doing so. Kellie had a keynote to give at her company’s national conference, and instead of being polite she opened with the words “A long-time friend of mine didn’t know what to do…” She began with a story right out the gates – so to speak. She drew the audience in on an emotional level with the very first words she said.

What happened next? People were not only transfixed throughout the entire presentation, but they swarmed her afterwards. The CEO of the company was blown away. And she got several invitations to give that same speech just based on that one event.

SPECIAL NOTE ABOUT VIRTUAL PRESENTING: In attending and giving a variety of virtual presentations since the start of the COVID pandemic, I’ve found that virtual presenting carries a different tone than live presentations. In virtual rooms, I recommend visiting with a thank you statement as well as showing brief appreciation of being there. Yes, it’s the opposite of the above, but acknowledging people is helpful because of the more detached environment. After two sentences of visiting, you can say something like, “And in talking to (person who is running event) about today, I was reminded of a story about…” before then sharing your story.

Mistake #2: They give the game away. 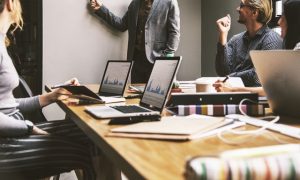 I recently presented at a conference for nonprofit leaders, and I was specifically asked to begin my presentation with “learning objectives.” This was a slide of bullet points that would outline exactly what would be covered throughout our time together.

I understood why this was being asked of me. If someone is deciding which session to go to at a conference, it seems like it would be beneficial for them to have context for what will be taught so they can make a last-minute change if need be.

So why might this be a mistake? What most speakers believe is that they must keep things neat and tidy for their audience so as to not create too much tension in their experience. They must set expectations for what they’re going to learn and then meet those expectations.

But we must remember that a live presentation is an educational experience. If we’re to learn something new, it’s because we want to take on new behaviors as well – implement a new system, tackle a problem with a new mindset, or otherwise take different actions than we did before.

However, learning something new causes friction in us. We want the outcome, but we’re not so much a fan of doing the work to get it.

What this means is that if we tell them everything early in the presentation, they have no more curiosity. They have no hunger for learning more. And this means that they’re more likely to look at their phones throughout.

Instead, plant mysteries early on in your presentation. Suggest that they’re going to learn something, but don’t yet tell them what it is. This will make them hungry for more.

Mistake #3: They spend the whole time talking about their solutions 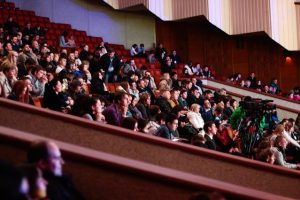 Tim, another one of my clients, was already an established speaker when he came to me. And people responded with polite applause, handshakes, and even some accolades.

But then he made a minor tweak to his presentation that led to him getting eight speaking gigs from a single booking.

So what was the tweak?

What most speakers do is they make their keynotes and other speeches all about their solutions – their big idea, their clever acronym of different steps to get a fantastic outcome, or something else that’s all about how they help people.

But did people wake up this morning wishing they would learn a clever acronym?

No. They did not.

Instead, they woke up thinking about their problems – the clients they’re not yet attracting, the pounds they want to lose, or other things that weigh on them throughout the day.

He got such an over-the-top response because people are going to be most invested in solutions when they’re provided within the context of the problems they solve. By getting them on board with wanting to solve a problem they care about, they’ll be more open to everything that follows.

Mistake #4: They tell their stories in their entirety. 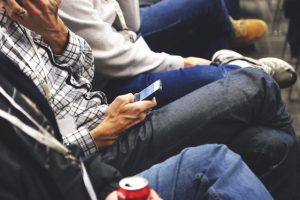 One time I attended a conference that featured a number of speakers who were all trying to sell from the stage. I found out later from a client of mine who also spoke that weekend that very few speakers sold their programs.

But another thing most of them had in common was how they would tell whole stories throughout the presentation. The mistake they made here was that they falsely thought that a story needs to be told from beginning to end before moving on to the next part of the presentation.

You may remember from mistake #2 how important it is to create flow. This can happen by planting mysteries early on and not resolving them until toward the end. What I often have my clients do is only tell a part of a story at the beginning. Then, when  they’re ready to talk about their solution to the audience’s problem, they reveal what happened at the end of the story.

And sometimes still, I have them tell the story’s beginning (the pain) and end (the happy outcome) early on. Then we flesh out the middle (how they got to the happy outcome) as a way to explain their methodology.

The point here is that just because a story has a linear flow doesn’t mean that their telling needs to be linear as well. Breaking it up will create tension in the audience’s mind, which as we know will keep them invested.

Mistake #5: They provide too much information. 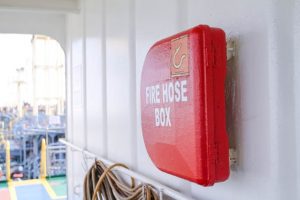 The most recurring, significant, and debilitating mistake that nearly every single one of my clients has ever made is that they give WAY too much information to their audiences. They falsely believe that the more information they provide, the better.

But we live in the Information Age. People don’t want information. They want change. And if they’re listening to a keynote speech, it’s because they’re hoping to hear something that will compel that change.

This is why it’s important to provide only enough content so as to help others to believe that they can make that content actionable.

Most speakers have their audiences drink from a fire hose.

But all they need is a sprinkler.

This is the main reason why my clients have the success that they do. They know exactly the right amount of information to provide. And how can you determine this for yourself? We can take our cues from 46 of the 50 most popular TED speakers. These successful speakers all do one thing in particular to ensure that their message really lands.

If you’re interested in discussing how you can make over your speaking in a similar way, contact me here.