My client was tired of her message.

Her topic was based on a traumatic experience she once had, and after each talk she had what she called a “vulnerability hangover.” One time she gave a talk and was laid out on the couch for three days.

This isn’t to say she had no interest in her topic. It actually meant everything to her. But after making a simple tweak to her message she ensured that she not only completely enlivened her presence on stage, she stopped speaking for free and even doubled her fee.

Which begs the question: what was the nature of this tweak?

Before our work together, she didn’t just tell her story but she did what a lot of speakers do: she gave her audience as much information as she could about her topic with whatever time she had.

This seems like it would be a reasonable approach – why wouldn’t the audience want good information? But the problem is that audiences don’t actually show up at an event to get information. They show up because they want to create some sort of meaningful change in their life.

If the audience is made up of entrepreneurs, they want to solve problems like getting early adopters of their products or finding a proof of concept for their marketing. If the audience is made up of meditation practitioners, they want to find ways to let go of their personal suffering and lead a richer life. Even if they think they want more information, they’re really just interested in the changes that the information can bring.

This is why I had my client strip away a lot of information that would be better for a workshop or seminar than a keynote. I had her dispense with the niceties and pleasantries at the beginning and get right into the most compelling content right away to draw people in.

But perhaps the most significant shift in our work together was in how we engineered the entire talk to be based on a simple, one-sentence recipe for everything else she said. And because of how simple this idea was, they believed they could integrate it themselves.

By the end of her speech, her audience actually believed that change was possible.

As a result of their believing in this change, they invited her to speak at their own events, which allowed her to choose only the best opportunities for herself, which enabled her to double her fees, and so on, and so on. 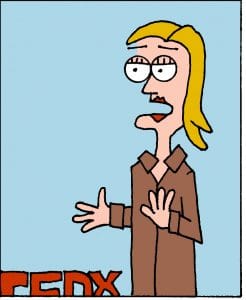 She even landed a TEDx talk as a result.

Still, the most significant thing of all was she was now telling her story not just to talk about herself but to integrate it into this recipe and use it as a way to empower her audience even more.

Which means the vulnerability hangovers went away as well.

People falsely think they need to provide their audiences with information, but all of these different influencers understood that people are empowered not by information but that which they believe is possible.

And if you’re struggling with your own message and are seeking to shift its focus, check out this video on a simple technique that will change everything.