Be Amazing in Bed (While Writing) 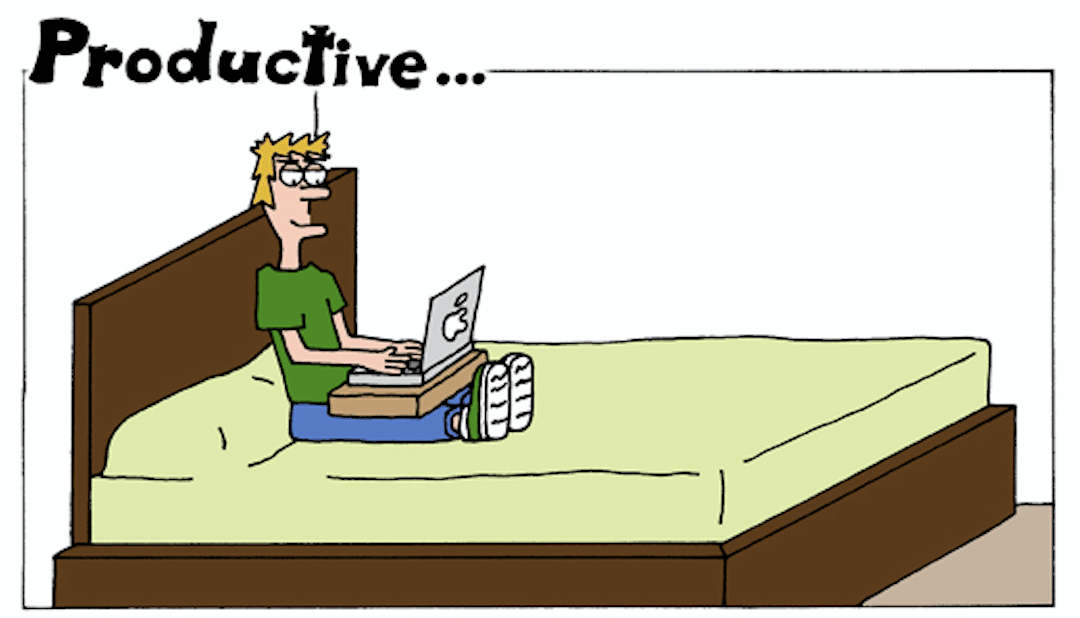 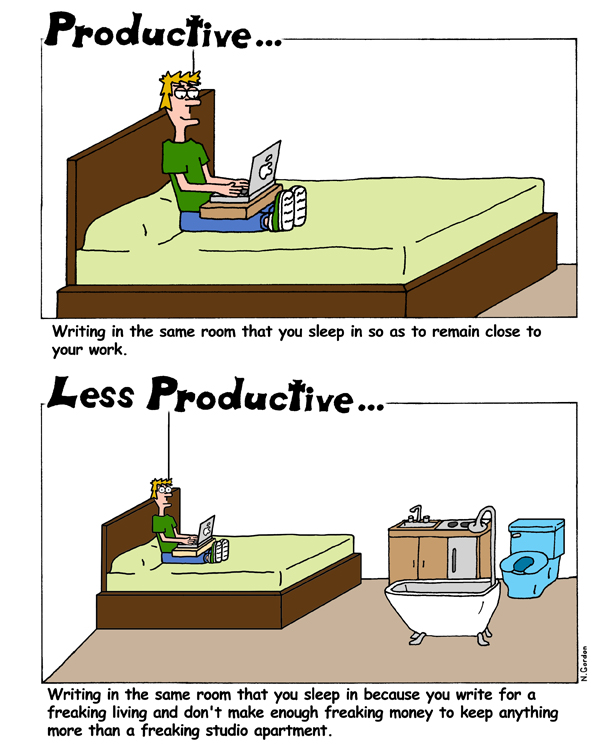 Trouble sleeping? If you were to seek out information on how to resolve insomnia, you would find out that you are meant to do things like drink warm milk, eliminate caffeine, and regulate your sleep schedule to have the same bedtime every night. You would likely also be told that you will benefit from not doing work in bed.

Trouble committing to writing every day? If you were to seek out information on how to be consistent with your writing, you would find out that you are meant to do things like set aside a certain time of day to be your “writing time,” and also to find a secluded, dedicated space within which to do that writing.

And yet, as the cartoon included with this post suggests, you are being told to write while in bed.

According to many Google searches, this is a no no.

Why would someone ever recommend that both of these guidelines be turned on their end by writing while in bed? The simple truth is that if you were to find 1 million people who write, you would find 1 million different processes for doing so. Some people may like to write first thing in the morning, while others like to write at night. Some people might concentrate all of their writing into a specific part of the day, while others might take frequent breaks. Russian novelist Vladimir Nabokov wrote standing up, and so does American novelist Philip Roth.

My suggestion is for you to try writing in bed—but this suggestion is being made for no other reason than this is where I do 90 percent of my own work. It’s one process that works for one person who writes on a consistent and productive basis. Is it the end-all-be-all of writing processes? Certainly not. But it’s definitely cheaper than renting a bungalow ten miles from home so as to have a place to do all of this excruciating creativity stuff. And since I don’t tend to have a problem falling asleep, by writing in bed I don’t seem to be compromising my life in other ways.

Truman Capote famously said that he was “a completely horizontal author.” This means that I share his desire to remain on a bed or a couch while writing. Of course, Mr. Capote’s routine also included coffee, sherry, and martinis, three things I have no interest in putting into my body. If, however, those things worked for him, maybe they will work for you as well.

I will say this, though. If early morning writing is your thing, I’d keep it to two martinis at the most. Or maybe three.